During the last few months, we had quite a run on closing positions, so, it is not surprising that we have had a drought over the last several weeks. Our lack of activity could be reflective of the overall markets, which, given some volatile days, are about at the same levels they were a month ago. And, barring any unforeseen surprises, such as Fed tapering before Christmas, we expect the markets to remain in idle until year’s end. So, sit back, relax, and enjoy the holidays.

Here are the headlines since the last Newsletter about companies in the Current Portfolio; dates in parentheses are when we first recommended them. We are not giving updates about companies on the “Endangered List” unless we feel the news to be highly significant. NOTE: There are not many updates in this issue, and that will perhaps be the case in the next Newsletter, since companies do not release much news going into the holidays.

EnteroMedics (ETRM)(1/20/13). Stock got a nice bounce off the doldrums after releasing Maestro study data.

ImmunoCellular Therapeutics (IMUC)(9/20/12). We had to place this on the “Endangered List” as the stock dropped like a rock on bad clinical study results. It also got some brokerage downgrades and the last we checked, the lawyers are starting to line up at the door.

Idera Pharmaceuticals (IDRA)(6/5/11). This is the second time we have removed this from the “Endangered List” as the stock keeps climbing for no apparent reason, but, who cares!

Our picks for this Newsletter are two more biotechs, both of which have appeared here in previous years.

We are not overly concerned about the long-term debt at Zogenix, Inc., since the company is in the process of raising $56 million through a secondary offering. So, besides being okay financially, the company also seems to have some nifty products in the pipeline, which have begun generating some revenue. Also, there is talk that this one could be a takeover at some point. Oh, did we mention this is our second go-around with Zogenix?

Founded in 2006, and public for nearly three years, Zogenix is developing products for treating nervous system disorders and pain. Its commercial product include Sumavel DosePro (sumatriptan injection), a delivery system that offers needle-free subcutaneous administration of sumatriptan for the acute treatment of migraine and cluster headaches. The company’s lead product candidate, Zohydro, a single-entity extended-release hydrocodone, which has completed Phase III clinical trials for treating moderate to severe chronic pain requiring around-the-clock opioid therapy. Zohydro ER appears to be the first approved hydrocodone product that does not contain acetaminophen, which may have appeal to certain prescribers and patients.

Zogenix is also developing Relday, an injectable formulation of risperidone, which is in a Phase 1 clinical trial to treat symptoms of schizophrenia and bipolar disorder in adults and teenagers that are over thirteen. The company markets SumavelDosePro to wholesale pharmaceutical distributors and retail pharmacies in the U.S. It has a licensing agreement with Desitin Arzneimittel to develop and commercialize DosePro in the EU, Norway, Switzerland, and Turkey.

Of particular note, in mid-November, Zogenix received a significant upgrade from Oppenheimer.

The table appears pretty well set for this one. Will it get acquired or won’t it? Even if it doesn’t, the company seems to have made some nice moves to help it long-term.

And here is another second-time around for Curis, Inc. And, yes, we would like to see less debt, but it doesn’t appear to be a major obstruction at this time. Also, the company just closed a secondary offering for C$7 million, which will strengthen its balance sheet even more. The company had a minor stumble recently, which we feel presents even more of an opportunity.

Founded in 2000, and public for nearly thirteen years, Curis, simply put is developing cancer therapeutics. Its principal product is Erivedge capsule for treating adults with basal cell carcinoma (BCC) that has spread to other parts of the body or that has reappeared after surgery, which is in Phase II clinical trial for treating operable nodular BCC; CUDC-427, a small molecule that has completed Phase 1 clinical trial to promote cancer cell death in breast cancer and other solid tumors, and hematological cancers; and CUDC-907, a small molecule, which is in Phase 1 clinical trial for treating advanced lymphoma and multiple myeloma.

In early November, the FDA put a partial hold of the trial for CUDC-427 until an analysis of how to proceed is done. This sort of news can send shivers through any holder of a biotech stock, however, it now appears that investors are coming to their senses.

When nine analysts are enthused about a stock, then, so are we. Also, the company appears to have enough money to get it to the next level. 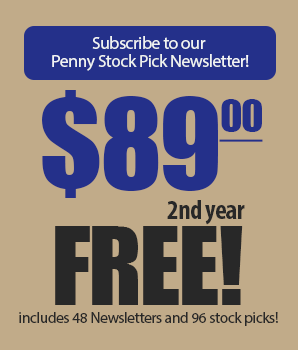 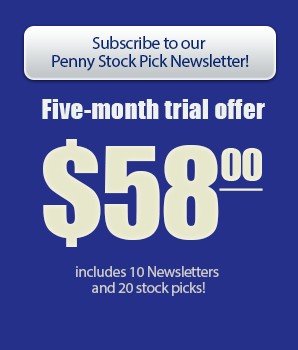